Chairman of the Conference Day 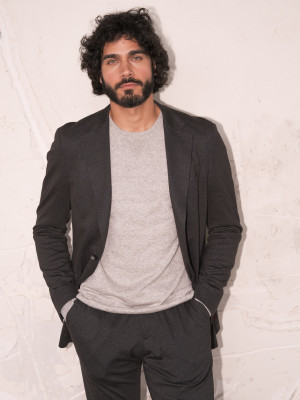 Kay Nambiar is a Dutch presenter and mainly known for his work at MTV. He moderated the MARUG Conference Day on the 9th of March.

Meet Kay Nambiar, a Dutch presenter, musician, photographer, and model. Born on June 20th 1983 and raised in Amsterdam, he started his musical career in the bad Valerius with brother Jesse and good friend Jelte. In 2011 they scored a top 10 hit “She doesn’t know” in the Netherlands.

After winning  Expedition Robinson (Dutch version of Survivor) in 2014, his television career took a sprint. He has been the face of MTV Holland and Belgium since 2015 and has hosted big game shows for major networks such as SBS6 and Veronica (TALPA TV).

Kay has now chosen to combine his travels as a tv host and model with his passion for photography and filmmaking, creating unique, aesthetic content focussing on fashion, travel and art. He has photographed some beautiful campaigns and editorials for magazines such as Vogue NL and brands like Omega, Diesel and Calvin Klein.